events Champaran Satyagrah Padyatra as inauguration , Mr.Shridhar Cheruvelu , District Magistrate - West Champaran , Blessed in Bhitiharwa Gandhi Ashram and Mr.Abhijit Sinha , District Magistrate - East Champaran  welcomed at Gandhi Memorial Museum in Motihari. We are blessed and pleased to see support and efforts which district administration lend to us. This padyatra will be organize every year may be route will be shorter but date and number of day will remain same ( 2 - 18 Oct 2011). Special thanks to Gujuarat Veedhyapith , Gandhi Sabarmati Ashram and Gandhi Research Foundation. This efforts was not sponsored or funded  project but everyone supported with their own based on their wish. Food and accommodation arranged by peoples of village and it was not preplaned events but it was community led activity.


Please read details of Padyatra below , soon video and photo album will be hosted :

The Gandhi Ashram and memorial at Motihari in East Champaran today welcomed eleven intrepid walkers led by Birendra Soni, who have retraced the steps of Mahatma Gandhi’s journey across this backward region almost a century ago. The walk covered a route of approximately 550 kilometres, and about 5,000 people participated in the various activities organized by the walkers. 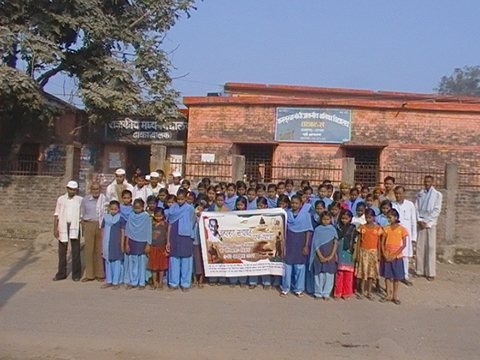 Thirty walkers from various places, as well as local residents retraced the steps of the Mahatma, starting 2nd October, [Gandhi’s birth anniversary and World non- violence day] from Bihtarwa and culminating on 18th October in Motihari. The significance of 18th October is that on this day in 1918, the Champaran Agrarian Ordinance was repealed, thus signifying the effectiveness of Gandhi’s first Satyagraha.

A ‘Padyatra’ [journey-on-foot] to draw attention to Gandhian values and development took place in Champaran on the occasion of Gandhi Jayanti: the birth anniversary of Mohandas Gandhi. The walk retraced the footsteps of Gandhiji on his struggle for the indigo cultivators. The walk symbolised a call for local development, and sought to focus on the need for a workable and sustainable development pattern for the villages of Champaran. The Mahila Samakhya, local District Administration, and Panchayats of the villages provided whole-hearted support to the walk, says Birendra Soni , representing the proposed Gandhi College of Social Work,[GCSW] the main organizer of the event.

Most of this places visited by Mahatma Gandhi during Champaran Satyagrah ( Indigo Movement ) in 1917 and 1918 were covered in the walk. The GCSW, to be opened shortly intends to set up special study centres in the villages that have Gandhi memorials. The Gandhi Satyagraha Walk was to draw attention to the relevance of Gandhian-based social work, which is expected to be the focus of the GCSW, located at Bhitarwa village in East Champaran. The walkers also promoted Gandhian thoughts for promotion of Peace and Non-Violence. Birendra Soni, says “It is a call for the young people to come forward and think of working towards the development of their own village, contributing their bit to the community, in the way that Gandhi spoke about. Panchayat Raj in its true sense is whole-hearted participation in village affairs, participation in the decision making process, and transparency. A second revolution is needed in Champaran, and our attempt is to focus on a Sathyagraha... a walk for truth that has the potential to energize the people, young and old.” 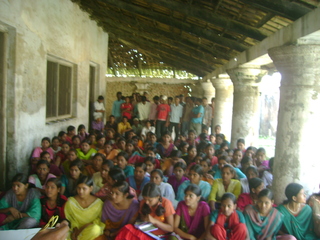 Hand cranked spinning wheels were part of the event: the participants demonstrated the carding and spinning of cotton into thread. It is said that Gandhi advocated an hour of spinning a day, and this exercise could produce enough yarn to make a set of clothes every year. 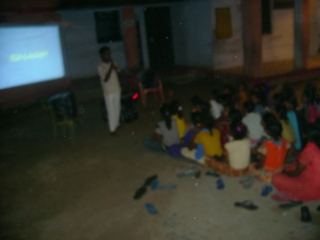 I read about yatra. really it's a very good yatra. Done on the basis of Mahatma Gandhi's Rural devolopment & Constructive Programms. By this Yatra you must make the space in the heart of the people of this area.

Wow, this is amazing! Thank you for posting and for sharing all the wonderful photos!