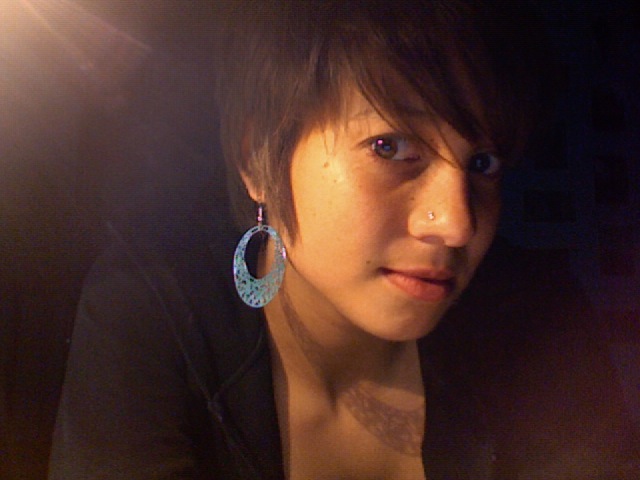 The Intellectual Evolution of Nonviolence

Why are you interested in the Gandhi-King Community?
I want to understand how human beings can live in a more peaceful, creative, & just world, both on an interpersonal & internal level as well as a global one. I'm interested in understanding today's global economic system and how we can best build sustainable systems that nurture peace & freedom. In order to understand the current situation and in order to best overcome its injustices, we must understand the history of that system and of the resistance to it; this is why I value the study of social movements past & present.

Welcome Mat
Welcome to a new contact who has enlightened on earlier source of practiced Non-Violence so as to compared it with the distorted approach of many, these days in the guise of Non-Violence.
From the Gift Store

Greetings to you Ms. Esbenshade, I would like to thank you for your blog titled Gandhi's Influence on the Modern African American Freedom Struggle.  I enjoyed the article, and the book that you used as your main source will be one that I will have to put on my reading list for the near future!

Shishirbindu C. B. said…
your work is very interesting.
would like to know more from you.
keep in touch.
bbye!

Thanks for the invitation.... got very occupied with my work... I am presently engaged with a project related to urban renewal program for the unserved / under-served population reisiding in one of the urban restlmnt of Delhi.

Get back to you with further detail later....

Thank you for your comment on my blog. It is astonishing to see how so many people who are good can turn a blind eye to evil, or even worse commit horrors. During the attack on Gaza, and even now with the situation in Palestine and many other places around the world, I felt what you felt. Where was this innate goodness?
I think that it is there, but it is hidden under complicated meshes of different emotions, thoughts, psychologies, and sometimes education or indoctrination that- at a minimum- lead to complacency, and at a maximum lead people to do evil things.
The question is how do we clear away all that mess? Gandhi and King figured out that by using nonviolence and being disobedient they could show the majority of people that the acts being committed against their peoples were wrong. It is good to note, however, that only a minority of any population ever participates in any revolution. For example, in the US revolution less than 30% of the population participated, in South Africa, less than 27%, in India even fewer...and so far. Thoreau's argument for nonviolence and disobedience was not: get as many people to struggle for the cause as possible, but rather convince people that: "What I have to do is to see, at any rate, that I do not lend myself to the wrong which I condemn." Hence, if enough people do not lend themselves to evil then good will prevail.
Most students here at Stanford, and in the US in general, think that they do not play a role in the conflict in the Middle East, or in any global problem. They believe they are detached. If you look closely enough, you can tell that that is not fully coincidental, but it is policy. In Israel the same thing happens, the Israeli population is extremely detached from anything that goes on in Gaza or the West Bank, even though it is being committed by their government only a few miles away. That type of detachment, and the emphasis on what (I) or (we) suffer makes people amoral and impartial to others’ suffering. Conflicts now are also presented in the form of arguments between leaders, or religions, or ideologies, and they are separated from the people they affect most, thus making it easier to argue about something’s validity without looking at its consequences.
I think the question we have to try answering now is how do we break that barrier of 30%? How do we get more and more people to care about something? To struggle for something? One thing that pops up is charismatic leaders, and they are important. But we need to push it further, there needs to be a nonviolent way by which your friends who are kind and helpful to others who need them are somehow connected to or thrown amongst people on the other side of the globe who also need them, because then they will help them. I think that we can achieve that with the technology we have today. There is a lot more to discuss, and hopefully we’ll get more opportunities to do so, because that is the only way to bring change and move forward.
Do not lose hope in people, and rest assured that even if those around you seem apathetic and careless, the good in you, and the good work you do is enough for a thousand people.