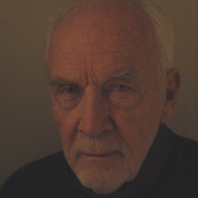 jay janson has not received any gifts yet

Why are you interested in the Gandhi-King Community?
Am coordinator of International Awareness Campaign that
Martin Luther King Condemned US Wars for "unjust predatory investment maintenance."

Inspired by Gandhi's success with non-violent activism, King visited Gandhi's birthplace in India in 1959. The trip to India affected King in a profound way, deepening his understanding of non-violent resistance and his commitment to America's struggle for civil rights. In a radio address made during his final evening in India, King reflected, "Since being in India, I am more convinced than ever before that the method of nonviolent resistance is the most potent weapon available to oppressed people in their struggle for justice and human dignity. In a real sense, Mahatma Gandhi embodied in his life certain universal principles that are inherent in the moral structure of the universe, and these principles are as inescapable as the law of gravitation."

In 1967 King in his famous sermon "Beyond Vietnam - a Time to Break Silence' King agonized over his own previous silence and added meaningfully, 'I can no longer work for racial and economic justice at home while we deny the very right to live to the poor overseas in order to maintain unjust predatory investments and at a human and financial cost that makes any social progress at home impossible.' Within a year King was silenced like Gandhi was by gunshot, and his words buried along with his body and carefully blacked out of all mention in corporate conglomerate owned media for 44 years.

In July of 2011, at the site of Rev. Kings 1967 sermon, Riverside Church in New York City, the Martin Luther King jr. Condemned US Wars International Awareness Campaign was launched including a 'Petition to Pastors of All Faiths to Condemn US Wars for "unjust predatory investments" as Rev. King did.' It can be viewed and downloaded upon entering 'King Condemned US Wars' in Google  search. I am sure the campaign will soon be able to add the name of a Gandhi organization in India to its list of other celebrities and organizations dedicated to peace endorsing. [May see list of those endorsing bottom of website]

How is everything with you, I picked interest on you after going through your short profile and deemed it necessary to write you immediately. I have something very vital to disclose to you, but I found it difficult to express myself here, since it's a public site.Could you please get back to me on:( mr.frankkwabena0022@yahoo.com.hk ) for the full details.

Have a nice day

I am a Gandhian Scholar. Having deep knowledge in Gandhian Philosophy. Now I am working in Gandhi Research Foundation, Jalgaon. I am editor of Khoj Gandhiji ki and Bhumiputra-hindi.