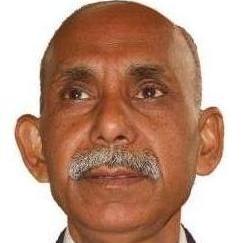 Dharmpal Singh has not received any gifts yet

Why are you interested in the Gandhi-King Community?
Peaceful environment is the first prerequisite for human coexistence, though it requires many more parameters like mutual respect and mutual trust.

How is everything with you, I picked interest on you after going through your short profile and deemed it necessary to write you immediately. I have something very vital to disclose to you, but I found it difficult to express myself here, since it's a public site.Could you please get back to me on:( mr.frankkwabena0022@yahoo.com.hk ) for the full details.

Have a nice day

I am Prof. and Gandhian Scholar. Having a deep knowledge in Gandhi and his philosophy. I have done research more than hundred topics of Mahatma Gandhi. I am editor of Khoj Gandhiji ki, a hindi general. Now I am working in Gandhi Research Foundation. Where one of the best audio guided museum in the world.